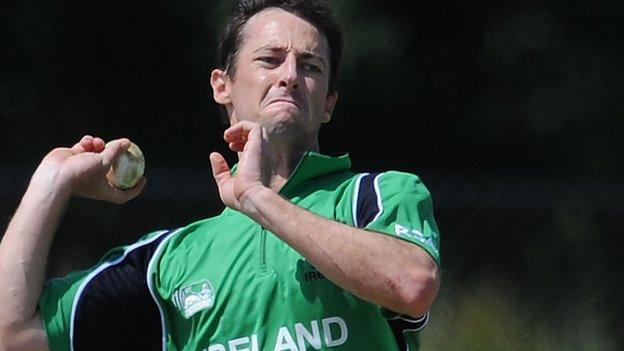 West Indies beat Ireland by 11 runs in a low-scoring Twenty20 international in Jamaica to draw their two-match series.

Alex Cusack was the pick of the Ireland bowlers, taking 4-11 as none of the home batsman reached 20 in a total of 96-9 at Sabina Park.

However, Ireland also struggled with the bat and Darren Sammy took three wickets to reduce them to 49-6.

Gary Wilson top scored with 35 but he was caught and bowled by Dwayne Bravo as Ireland fell short on 85-8.

Ireland won the first T20 by six wickets and the teams will meet again on Sunday in a one-day international at the same venue.