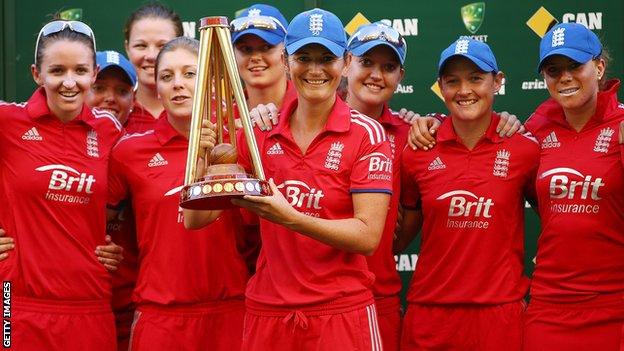 England's women will host India in August for a one-off Test and three one-day internationals before welcoming South Africa for a Twenty20 series.

The India Test will be played at Wormsley Cricket Ground, Buckinghamshire, from 13 to 16 August.

It will be the first Test between the sides since 2006 when India won in Taunton to secure a series victory.

Two ODIs will be held in Scarborough, on 21 and 23 August, with the series concluding at Lord's on 25 August.

India last toured England in 2012, with England winning a five-match ODI series 3-2, but they have not played Test cricket since that five-wicket win in Somerset.

South Africa will arrive in England at the end of August for a 13-day tour and England will hope to maintain their unbeaten Twenty20 record against their opponents.

"This year's international schedule presents a similarly exciting proposition for cricket fans up and down the country to see some of the best women's cricketers in the world in action."

England regained the Women's Ashes against Australia last summer, before retaining the trophy down under earlier this year.