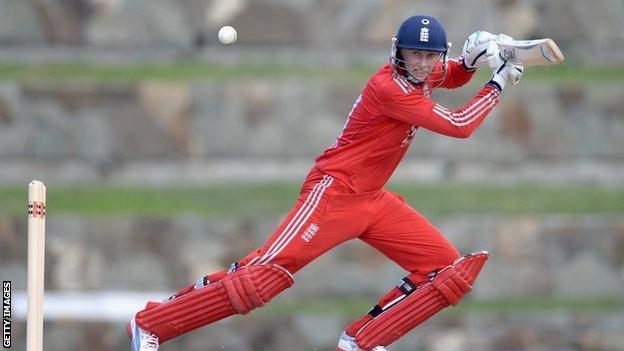 England started their tour of the West Indies with a 29-run one-day win over a University of West Indies Vice Chancellor's XI in Antigua.

They play the first of three one-day internationals against West Indies at the same venue on Friday.

After the three matches in Antigua, Ashley Giles's side contest three Twenty20s against the world T20 champions in Bridgetown, Barbados, before travelling to Bangladesh, where their World Twenty20 campaign starts against New Zealand on 22 March.

Root said: "The key is to continue and build on this and make sure I go on and become more consistent and can be relied upon on more occasions.

"To get runs early on in a tour gives you a lot of confidence for what's to come."

The match was England's first appearance since Kevin Pietersen's international career was ended.

Luke Wright, who says he wants to stake a claim for a regular international place, put on 58 for the first wicket with Alex Hales.

Root, batting at number four, reached his century in the final over as England, who lost their last ODI series 4-1 in Australia, posted a respectable total.

The hosts responded with an opening stand of 53 which ended when Tredwell removed Chadwick Walton with his first ball, before the off-spinner had Paul Palmer caught behind for a duck.

Corbin, who made 105, put on 105 with Devon Thomas to help the hosts recover from 143-5, before they fell to Bresnan and Stuart Broad respectively in the final five overs.