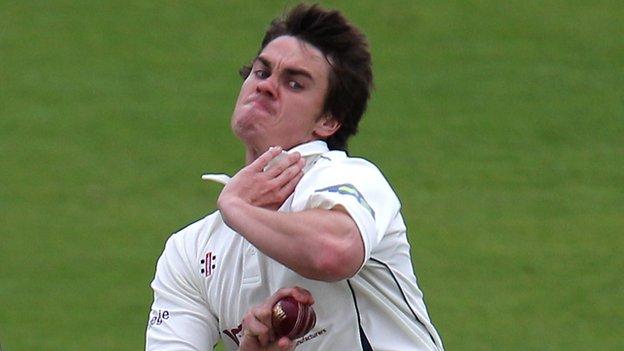 Dewsbury-born Wardlaw, 28, gave up his job in the accounts department of a graphic design company when he joined the Yorkshire staff in 2011.

But he has agreed a settlement with the county, to once more pursue interests outside the professional game.

Wardlaw was in the Scotland team that qualified for the ICC 2015 Cricket World Cup in New Zealand last month.

He will go back to playing club cricket in 2014 with his old Bradford League side Cleckheaton.

"I have thoroughly enjoyed my time as a professional cricketer with Yorkshire," said Wardlaw. "I would like to take this opportunity to thank everybody associated with the club, in particular the supporters, and I wish the lads all the best for the 2014 season."

Yorkshire chairman Colin Graves added: "Iain is a great guy. I am sorry that he has not had the breaks he needed to establish himself in our first team. I would like to thank him for his contribution over the last few years and wish him well in the future.