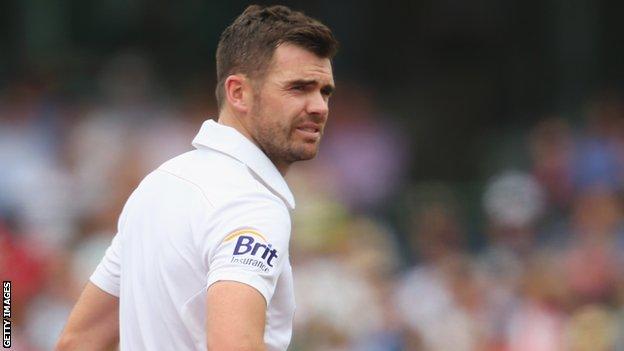 England and Lancashire bowler James Anderson believes the 5-0 Ashes whitewash by Australia will be a "wake-up call" to some members of the squad.

"It was a huge wake-up call," the 31-year-old told BBC Radio Lancashire.

"The guys still [in the squad] were hurting as much as I and really want to show people that's not the real us."

He added: "I've not really seen or spoken to anyone [since] to be honest as a lot of the lads have been in the one-day series in Australia and straight out to the West Indies."

Anderson took just 14 wickets down under as the majority of England's squad struggled for form.

The Burnley-born fast bowler, who was on the six-man shortlist for 2013 ICC Cricketer of the Year award, is now back with Lancashire getting ready for pre-season and will feature in their first five County Championship games this summer.

He has slipped down the International Cricket Council's Test bowler rankings in the past few months and currently sits 14th, with South Africa's Dale Steyn at number one.

"From an individual's point of view that's all I can really focus on at the moment, trying to do my best for Lancashire and take as many wickets as I can at the start of the season to prove I'm worthy of that place in the England team," Anderson added.

"My job is just to try and make sure I'm in that dressing room at the start of the year.

"It's an exciting time and hopefully everyone will be working as hard as each other to prove to people we're better than we were in the winter."