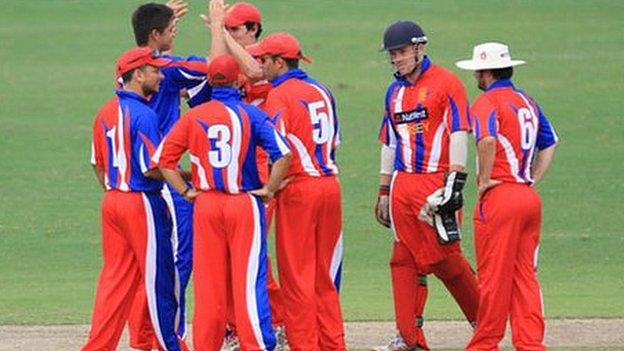 Nat Watkins scored 73 as Jersey beat Tanzania by 102 runs to maintain their unbeaten start to the ICC World Cricket League in Malaysia.

Despite losing fellow opening batsman Peter Gough for a duck in the second over, the Channel Islanders piled up 266-4 from their 50 overs.

Ben Stevens hit 53 with Dean Morrison the third player to score a half century, finishing on 51 not out.

Corne Bodenstein then took four wickets as Tanzania were dismissed for 164.

Jersey Cricket Board chairman Ward Jenner said the side did well to recover, then thrive, after the early loss of Gough.

"We had to dig deep, there has definitely been some tough moments," Jenner told BBC Radio Jersey.

"Ben, in particular, was going along like a train, playing some fantastic shots, having weathered the storm of some good bowling from Tanzania."

Jersey next face Malaysia on Sunday, after the hosts maintained their own winning start to the tournament with a 213-run win over Cayman Islands on Friday.