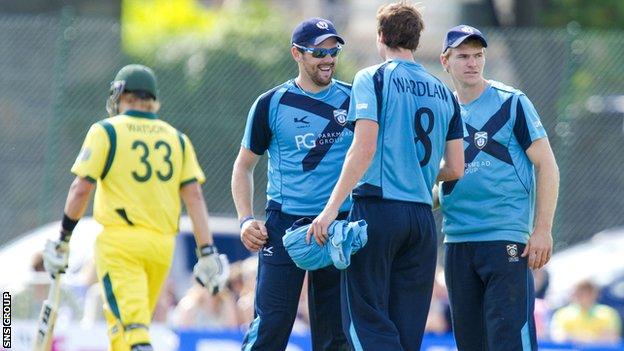 Scotland are seeking an "experienced head coach with a track record of success" to lead the team at next year's World Cup and beyond.

But Collingwood has since taken up a short-term role with England.

However, the team fared much better in the 50-over game, winning the World Cup qualifying tournament in New Zealand under the guidance of Collingwood and former Scotland captain Wright.

Cricket Scotland has set a closing date of 24 March for applications and say the successful candidate will be "responsible for developing a team capable of competing and winning at the very highest level of world cricket".

The statement adds: "This level of performance will be consistent with our aspiration to achieve a top 10 world ranking in both ODI and T20 international cricket; and our ultimate ambition of playing Test cricket.

"The post holder will be required to demonstrate an ability to improve existing talent both technically and tactically, whilst identifying and integrating new talent into a team culture that is both challenging and supportive.

"The head coach must be able to develop a robust environment and winning culture and demonstrate outstanding tactical and organisational skills, with the ability to devise and deliver plans for the optimal development of the team in all three forms of the game."

Scotland host England in a May one-day international in Aberdeen and the teams will be in the same World Cup group.