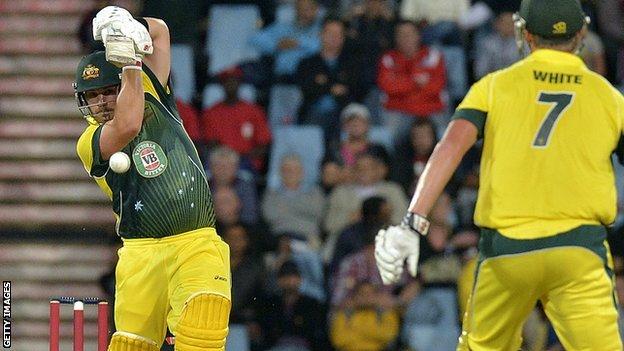 Australia comfortably beat South Africa by six wickets in the third Twenty20 international at Centurion to win the series 2-0.

The tourists chased down South Africa's 128 for seven from 20 overs with five overs to spare.

A quickfire 39 off 27 balls from opener Aaron Finch set the platform for the Australian victory.

The home side struggled on a slow and difficult pitch and only opener Quinton de Kock, who scored 41, emerged with any plaudits as wickets fell around him.

Finch and Cameron White did not seem to have the same difficulty with the wicket, amassing a quick 43 runs in the first five overs as Australia switched their dominance from ball to bat.

Australia had won a rain-reduced seven-over game in Durban on Wednesday after the first of the three-match series was washed out in Port Elizabeth.