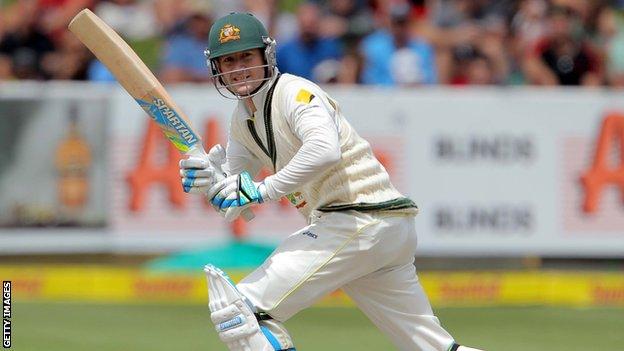 Captain Michael Clarke scored 161 not out with a fractured shoulder to help Australia beat South Africa in the third Test and secure a 2-1 series win.

The 32-year-old received several blows from bowler Morne Morkel but battled on to score his 27th Test century.

Australia won the match in Cape Town by 245 runs after Clarke's innings had set up a declaration.

The left-arm spinner also bowled five overs on the final day despite the injury.

"Michael was injured as a result of being struck on the left shoulder during the third Test," added Kountouris. "We expect that this will heal with a period of rest."