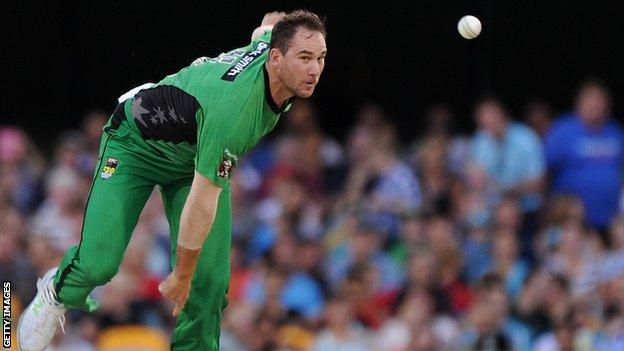 The 28-year-old has played 15 times for his country across all three formats and made his last international appearance in a Test match against South Africa in December 2012.

Hastings plugs a gap in the squad left by

Durham were crowned county champions without an overseas player in 2013.

Their last overseas signing was in 2012, when they solely for their Twenty20 campaign.

Durham coach Jon Lewis said everyone at Chester-le-Street was looking forward to seeing Hastings in action.

"We are excited. He is skilful with the ball and can also contribute well with the bat," he said.

Hastings will join the squad after playing for Chennai Super Kings in the Indian Premier League.