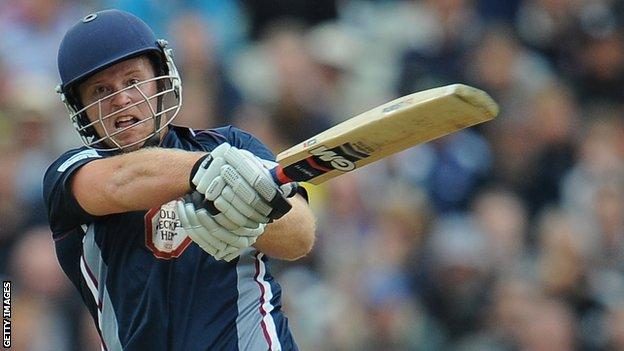 The 26-year-old helped Northants to win last year's Twenty20 competition, scoring 360 runs at an average of 32.7.

Meanwhile, Australian Jackson Bird has signed a revised contract at Northants and will play only the first six County Championship matches this year.

The new arrangement was agreed with Cricket Australia and allows Jackson to have a pre-season in Australia during July and August.

Jackson's final game for Northants will be against Yorkshire at the end of May.

"Our aim is to find someone that will be able to play in both the T20 Blast and County Championship.