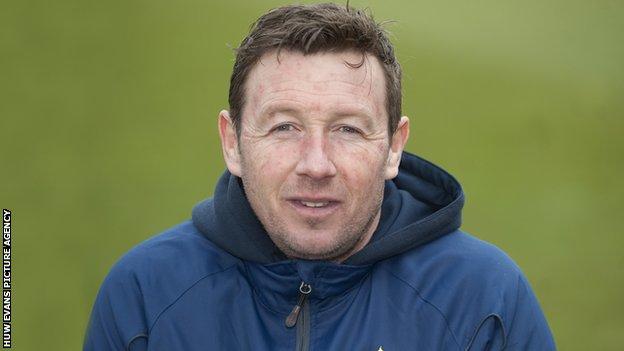 The Welsh county, who finished one from bottom in the second division last term, start their pre-season campaign on Wednesday at Gloucestershire.

The one day match is new coach Toby Radford's first in charge and Croft says the target is clear.

"Four day first division cricket is where you want to be," said Croft.

Former England spinner Croft also wants Glamorgan to build on their performances in the shorter format of the game.

Last season they narrowly failed to qualify for the knock-out stages of the Twenty20 competition but reached the final of the YB40 one-day competition at Lord's losing to Nottinghampshire.

"We don't want people to say we were a flash in the pan Lord's final team," said Croft.

"We want to be a team that when you turn up at the ground you know you're in for a scrap with Glamorgan.

"There are a lot of areas to improve on but if everybody raises their game by 'x' amount of percent then hopefully that will make the difference."