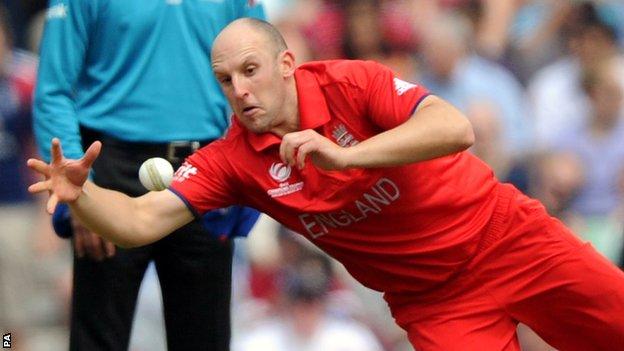 James Tredwell has been given an incremental contract by England for the 2013-14 season after playing the required number of games.

He has now played six one-day internationals and four Twenty20s during the required contract period.

Non-contracted players can earn an incremental contract, a step below a central contract, via a points system.

Five points are awarded for a Test appearance and two for a Twenty20 or one-day international appearance, with an increment contract being awarded automatically once the player reaches 20 points during the 12-month contract period.

Tredwell, who made his international debut four years ago, took six wickets against Bangladesh in his only Test in March 2010.