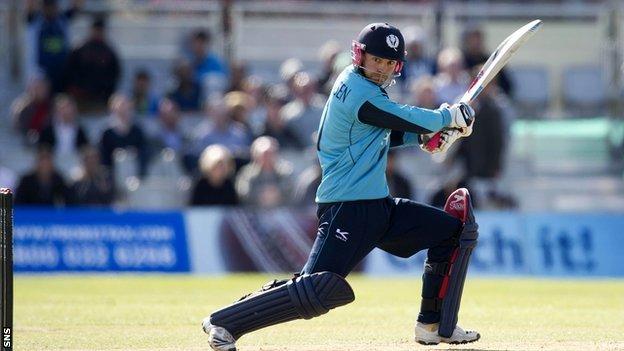 Cricket Scotland has revealed that candidates from all over the world have applied for its head coach vacancy.

It follows the departure of Pete Steindl in December.

Performance director Andy Tennant told BBC Scotland: "We are receiving a healthy number of credible applications from highly qualified UK-based coaches, as well as from the sub-continent and southern hemisphere.

"I would expect the selection process to be a tough one."

I would expect the selection process to be a tough one

Applications for the role have to be submitted by 24 March, with the successful candidate responsible for development of the men's national team up to and beyond the 2015 Cricket World Cup.

Interim joint head coaches Craig Wright, a former Scotland captain, and Paul Collingwood helped secure World Cup qualification, but the latter has since taken up a short-term role with England.