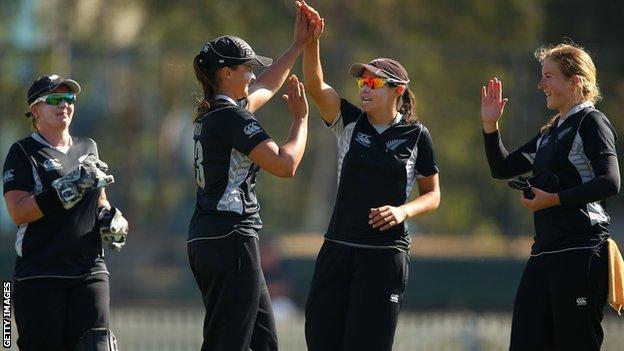 But Australia lost early wickets and, despite Alyssa Healy's 41, they were bowled out for 121 with three balls of the innings remaining.

In the day's other Group A match, South Africa amassed 163 without loss against Pakistan and won by 44 runs.

South Africa openers Lizelle Lee (67) and Dane van Niekerk both hit a six and added 21 fours between them in the second highest partnership in Women's T20 internationals, behind only compatriots Shandre Fritz and Trisha Chetty against the Netherlands in 2010.

England, who thrashed New Zealand in their final warm-up game on Friday, begin their campaign against West Indies on Monday, when India also face Sri Lanka.