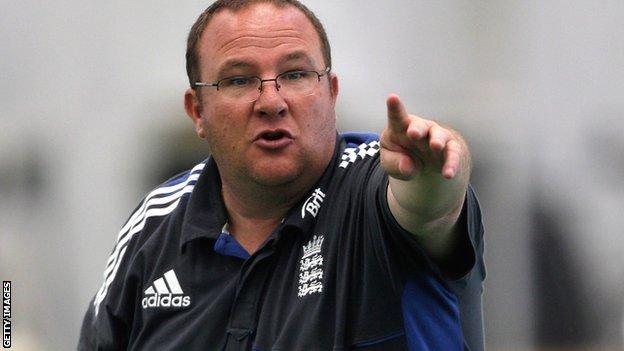 Former England women's head coach Mark Lane has been installed as the director of the new Middlesex Central Academy.

Based in central London, the academy was formed as part of a partnership between Middlesex and local clubs Brondesbury and Primrose Hill.

Middlesex chief executive Vinny Codrington said: "Middlesex is strongly committed to a programme of developing young cricketers within the county.

"Mark's experience at elite level with England will prove invaluable."

Lane took charge of the England women's side in 2008 and led them to victory in the World Cup, World Twenty20 and a successful Ashes defence in the following year.

He resigned in May last year after the team failed to qualify for the World Cup final in India, and is currently working as a coaching consultant with the Ireland women's team at the World Twenty20.

"I am delighted with the new role and am excited about the opportunities ahead," he said.

"I am looking forward to working closely with Brondesbury and Primrose Hill, plus all of the clubs within the two regional boroughs under my responsibility, and to helping to develop successful player pathways for the next generation of Middlesex cricketers."