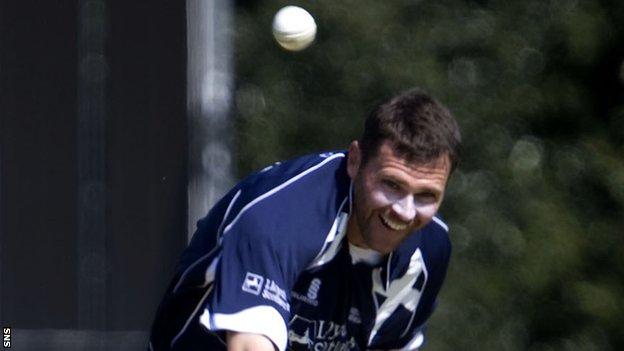 Scotland interim head coach Craig Wright is "one of a number of strong candidates" vying for the vacancy, according to Scottish Cricket.

Wright and Paul Collingwood helped secure World Cup qualification, before the latter took up a role with England.

"We're shortlisting tomorrow [Tuesday]. We're going to try to move this as quickly as we can," said Tennant.

The successful candidate responsible for development of the men's national team up to and beyond the 2015 Cricket World Cup.

The vacancy arose following the departure of Pete Steindl in December.

"We've had in excess of 20 applications for the post from all over the world," said Tennant.

"Some coaches domicile in Scotland, some from wider in the UK and then further afield in the sub-continent and down into the southern hemisphere - South Africa, Australia, New Zealand - so it's been a real good worldwide interest.

"Hopefully weeks, rather than months. Obviously, depending on who gets the job, who the successful candidate is, as to how long it takes to get someone in post.