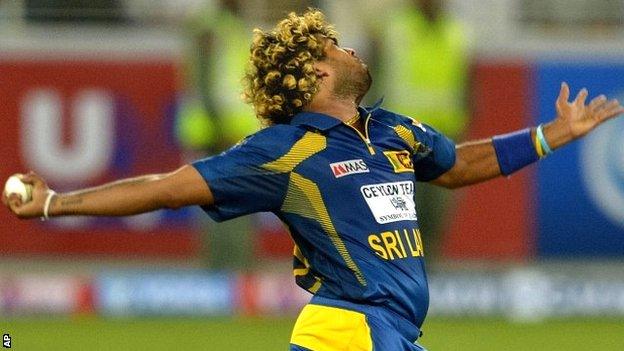 After their unfortunate defeat by New Zealand, England know they have to win their final three group games of the World Twenty20.

They played pretty well in Chittagong, 172 was a competitive score in those conditions and it is a great shame that the match was cut short by the weather. Now they find themselves up against it.

On Thursday they will face Sri Lanka and the threat of Lasith Malinga with his remarkable bowling action.

Malinga is 30 now but is still outstanding at this level and has a fine record against England, including figures of 5-31 in the World Twenty20 in 2012.

You would hope England will cope with him better than the Netherlands when they were bowled out for 39 - the lowest score in Twenty20 international history - and Malinga does not have the pace that he once had, but it is going to be a very tough game.

It is hard to tell how Sri Lanka are playing, given that their last game was such a farcically one-sided affair, but they are a very good T20 side, and I expect them to perform very well in this tournament.

They were ruthless against the Netherlands. People will talk about the failings of the Dutch, but you still have to sweep these sides away and good teams do that.

England can take encouragement from their performance against New Zealand. Moeen Ali struck the ball cleanly, hitting six fours and a six in his 36 off 23 balls at number three.

I like the look of him, and it is very important that you have a left-hander - preferably opening the batting - in limited-overs cricket because they can hit bowlers anywhere.

They can slice the ball anywhere in the arc from third man round to deep extra cover, or scythe it, cut it, run it. Offer any width at all and left-handers will score freely.

It is worth noting that some of the most destructive batsmen in recent years, namely Chris Gayle and Adam Gilchrist, have been left-handed.

Moeen Ali has a chance to force his way into the England Test team because they have to find an opener.

Michael Carberry, who opened with Alastair Cook during the Ashes, is by no means a certainty at the top of the order, while Jos Buttler also has a very good opportunity of keeping wicket in the Tests after Matt Prior was dropped in Australia.

Moeen may not be a cavalier batsman but he strikes the ball nicely and bowls slow off-spin, which is useful on the slower pitches in Bangladesh.

England's problem is that many of their players are workmanlike - they do not have a stand-out star like West Indies' Gayle.

Eoin Morgan, England's best batsman, is going through a poor run of form. In his last 11 T20 internationals, he has scored 136 runs at an average of 12. That is symptomatic of England's form.

In some ways it can be quite liberating when no-one expects much and you can simply go out and play, so, hopefully, England will take that approach into the game against New Zealand.

England are playing Sri Lanka in the second match of the day again, which is also a disadvantage. Three of their four games are in the evening, which means the dew will affect the ball. You do not want to select too many spinners if they cannot grip the ball.

Given that England also played New Zealand in the evening, I do not think they will change their team for this encounter.

They must beat Sri Lanka - and then South Africa on Saturday - to have a respectable chance of staying in the tournament.

I do not expect them to lose to the Netherlands in their final group match on Monday, as they famously did at Lord's in 2009 - but that could be a dead rubber if England slip up beforehand.