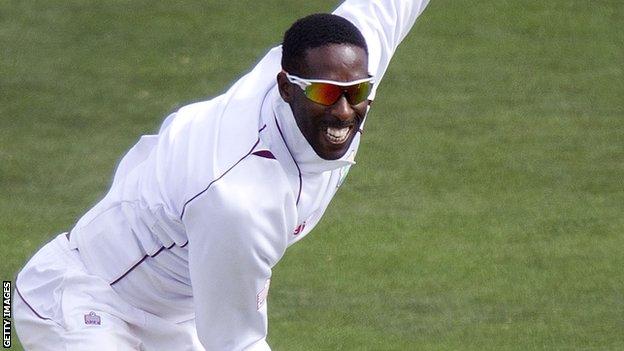 He was reported to the International Cricket Council (ICC) in November for a suspected illegal bowling action.

Shillingford's arm was found to extend more than the permitted 15 degrees for his off-breaks and doosras, and he was suspended from bowling in December.

After re-testing, the 31-year-old's off-breaks and arm balls were deemed legal, but his doosra remains banned.

Having modified his action and confirmed that he will no longer bowl the doosra in international cricket, the Dominican is now free to resume playing for West Indies, although he will continue to be scrutinised by match officials.

He returned to first-class cricket earlier this week, taking 4-61 and 7-116 for the Windward Islands against Jamaica.

Shillingford and Windies team-mate Marlon Samuels were both reported during India legend Sachin Tendulkar's farewell Test in Mumbai and sent for independent analysis.

All-rounder Samuels, currently with the Windies squad at the World Twenty20, was permitted to continue bowling, but specifically banned from bowling his quicker deliveries.

Shillingford had previously been suspended from bowling in internationals because of an illegal action, but was permitted to resume after undergoing remedial work and further testing.

He was reported after his international debut in November 2010 and banned a month later when his average elbow extension was found to be 17 degrees. He was cleared to return in June 2011.