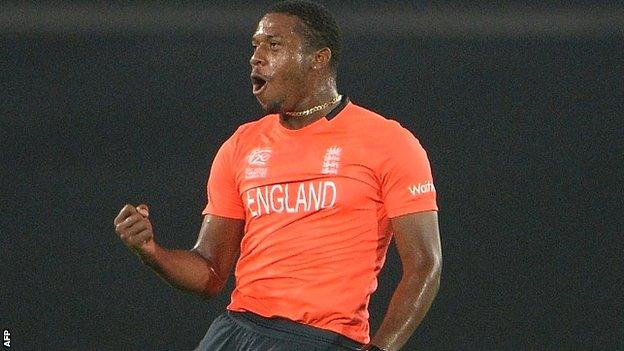 Non-contracted players can earn incremental deals, a step below the central contracts given to established England players, via a points system.

Jordan, 25, and 34-year-old Lumb have both made 10 international appearances for England since the qualification period began on 1 October.

Spinner James Tredwell was also given an incremental deal this month.

Five points are awarded for a Test appearance and two for a T20 or one-day international appearance, with an incremental contract awarded automatically once a player reaches 20 points during the 12-month contract period.

He has played in seven ODIs since his debut in September, taking nine wickets, with six T20 wickets in four matches.

Lumb, of Nottinghamshire, has represented England in two T20s against Australia, three ODIs and three T20s against West Indies and two T20s at the ICC World T20.

He made his ODI debut on the recent tour of the West Indies, scoring 106 in his first match last month.