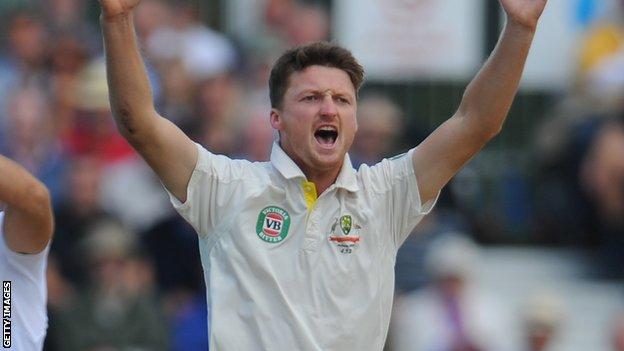 Australia Test bowler Jackson Bird will not play for Northants this season after suffering a recurrence of a back injury.

The 27-year-old was contracted to play in the club's first six County Championship Division One matches.

But he has been told to rest his back for four months.

The seamer missed Australia's Test series in South Africa earlier this year, but took six wickets in a first-class match for Tasmania this month.

Northants, promoted from Division Two last season, say they are close to signing a replacement overseas Test bowler for the County Championship and T20 competitions.

The Wantage Road side have suffered a disrupted pre-season, with limited-overs captain Alex Wakely out for the campaign with a ruptured Achilles tendon and all-rounder David Willey expected to miss the opening matches with a back complaint.