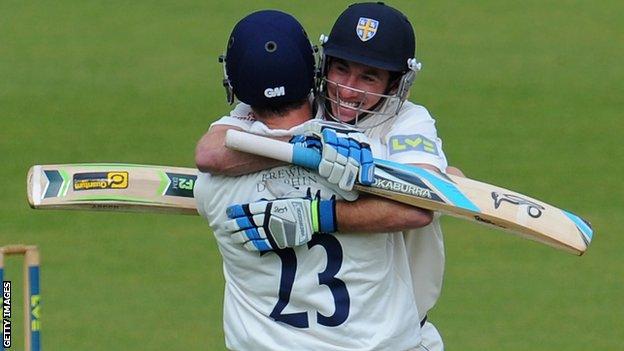 The county cricket season starts on 6 April and the BBC Sport website will again broadcast live commentary of every match under a deal with the ECB.

The agreement covers all games in both divisions of the County Championship as well as the T20 Blast and One-Day Cup competitions.

All commentaries will stream online and there will also be coverage on BBC Radio 5 live sports extra.

As in previous years, there will be regularly updated scorecards for every game on the BBC site, which will also carry the latest news and local radio interviews from around the county circuit.

Charles Runcie, head of sport for BBC English Regions, said: "We had a great reaction to our coverage last season, with nearly 700,000 hits and people from all over the world following the county games with us.

"It's something the BBC is proud to do, together with our comprehensive text, statistics and analysis.

"Our commentators are all looking forward to bringing fans another exciting summer."

"Last season's new, expanded service proved a huge hit with listeners - enabling more people than ever before to tune in to hear the latest news and views on their favourite county.

"The breadth and quality of the BBC's radio coverage remains unrivalled and we expect interest levels in county cricket to grow still further with the introduction of a new playing programme in 2014 - which will see regular Friday night scheduling of NatWest T20 Blast cricket, the majority of LV=County Championship cricket starting on Sundays and the return of a 50-Over domestic competition, the Royal London One-Day Cup during the height of summer."