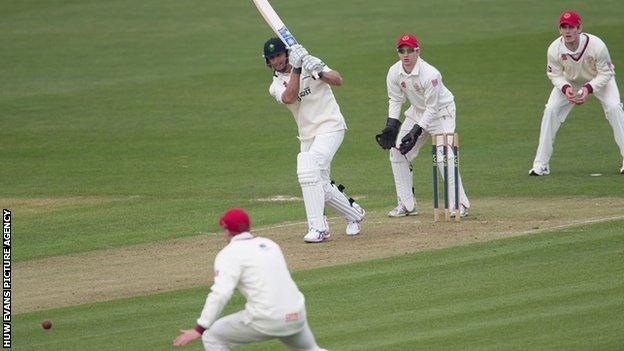 Glamorgan batsman Stewart Walters hit an impressive 143 as the Welsh county took control against the students of Cardiff MCCU at the Swalec Stadium.

He received able support from Chris Cooke (63) and Jim Allenby (46 not out) as Glamorgan posted 301-4 declared.

The students were quickly in trouble, with Will Owen taking two early wickets to reduce them to 31-3 at the close.

Seamer Owen is back to fitness after suffering a stress fracture in his back last season.