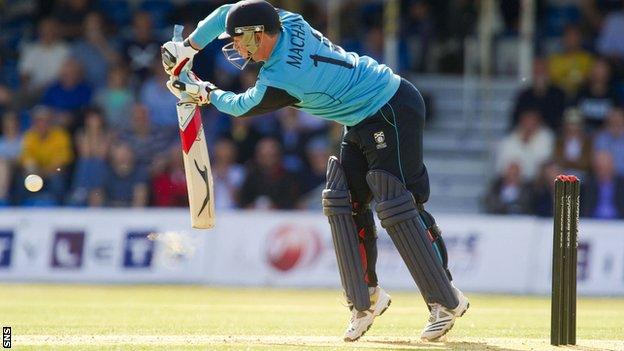 Scotland's cricketers will face New Zealand A in a three-match series in August.

The first two of the 50-over games on 15 and 17 August will take place at Ayr Cricket Club with the final match at the Grange in Edinburgh on 21 August.

Scotland will host a one-day international against England in May.

"We are delighted to welcome the New Zealand A team to Scotland for three matches," said Cricket Scotland chief executive Roddy Smith.

"Forging close links with New Zealand Cricket has been a huge benefit to Cricket Scotland and we are very grateful to them for agreeing to travel to Scotland for these three matches.''

Scotland have qualified for next year's Cricket World Cup and will open their campaign in that tournament against co-hosts New Zealand.

"I am sure the large Scottish diaspora in New Zealand will follow these games closely as well as supporting the squad when they play the four World Cup games on the south island next February and March, even though our first game is against hosts New Zealand in Dunedin," added Smith.