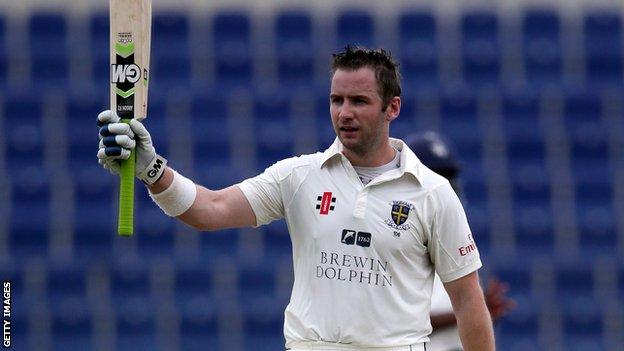 Durham batsman Mark Stoneman says being named the club's limited-overs captain means a lot to him as a north east boy.

The 26-year-old will take charge in the T20 Blast and One-Day Cup competitions.

In a leadership overhaul at Chester-le-Street, club captain Dale Benkenstein has left, with Collingwood, who led them to the title last year after Benkenstein was injured, and Stoneman assuming his role.

Stoneman told BBC Look North: "To come up through the academy and go on to be captain in any format is a huge honour. My family and I are very proud."

This winter, the Newcastle-born opener to last until the end of 2016, a reward for a very successful season last year.

He began this season in similar vein, in the county season curtain-raiser against the MCC in Abu Dhabi.