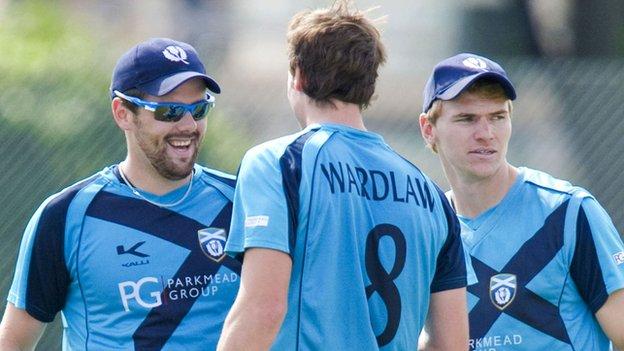 Scotland face a summer series against the Netherlands, who beat England in the World Twenty20 this week.

The Dutch produced a huge shock in the World Twenty20 in Bangladesh on Monday by securing a 45-run win over England.

The 50-over fixtures on 30 June, 2 July and 4 July at Clydesdale Cricket Club in Glasgow have been welcomed by performance director Andy Tennant ahead of next year's World Cup.

"These games will provide a great test," said Tennant.

"They should be an exciting prospect for supporters to follow Scotland in what is a vitally important year for the squad."

Netherlands Cricket chief executive Richard Cox said: "Following the successes of the team's performances in the recent ICC T20 World Cup, it is obviously important for us to maintain that momentum by also continuing our progress in 50-over Cricket.

"It's a great opportunity for us to play Scotland, who have proved their pedigree in the recent 50-over World Cup qualifiers in New Zealand."

Scotland have already confirmed a one-day international against England in May and a three-match series against New Zealand A in August.