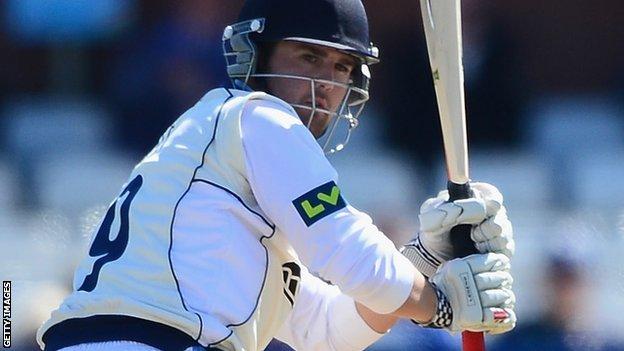 Leicestershire batsman Dan Redfern has been ruled out for around two weeks with a suspected broken finger.

The new signing, 23, was part of the squad scheduled to begin the club's season against Derbyshire this week until the match was postponed.

"We hope it's only a short-term thing," director of cricket Phil Whitticase told BBC Radio Leicester.

Leicestershire now have to wait until their County Championship Division Two clash at Kent on 20 April for their first competitive action.