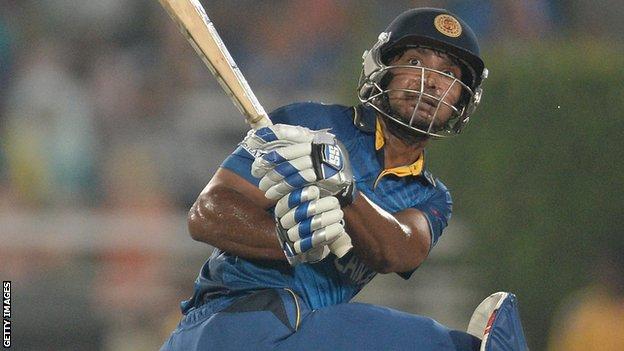 Head coach Jon Lewis says Kumar Sangakkara would be a "tremendous" addition for Durham, amid reports the wicketkeeper-batsman will join the county champions on a short-term basis.

Durham are understood to be in advanced negotiations with the player, but Lewis would not confirm a deal had been done.

He is set to feature in May's one-day series against England and could play in three Championship fixtures.

Former law student Sangakkara, a left-handed batsman, has been one of world cricket's most consistent players.

Lewis told the Northern Echo newspaper: "I can't think of a better player in the world who is not involved in the Indian Premier League."

Sangakkara also had a stint with Warwickshire in 2007 and was due to feature for Lancashire in 2010 but never made an appearance.

Durham as an overseas player for the 2014 season.