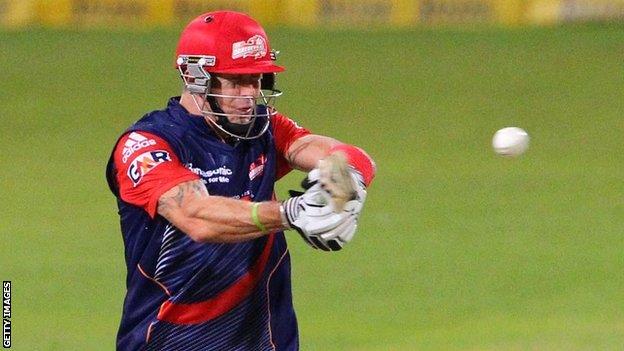 Kevin Pietersen has been ruled out of his IPL opener with a finger injury.

The former England star was due to skipper Delhi Daredevils against Bangalore in Sharjah on Thursday but his seasonal bow is on hold.

"Kevin is still a few days away so he won't be considered," said Eric Simons, Delhi's assistant coach.