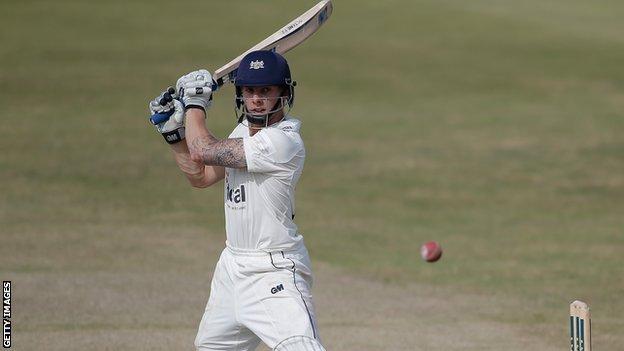 Chris Dent's half-century helped Gloucestershire build a handy 85-run lead over Glamorgan on day two after the hosts were bowled out cheaply.

Beginning the day on 47-6, Graham Wagg hit an unbeaten 54 for the Welsh club and last-man Michael Hogan made 23 but they were all out for 145.

It was the 10th time Cosker has taken five wickets in an innings in a first-class match and without his input, Glamorgan would undoubtedly have been in an even worse position.

A county cricketer for 18 years, he removed Dent with the help of a catch by wicketkeeper Mark Wallace and then accounted for Tavare, who clipped the ball straight to Hogan at mid-on.

Cosker then trapped Alex Gidman lbw, and rounded off his collection with the wickets of Will Gidman and Hamish Marshall, the latter having stuck two sixes in his 32.