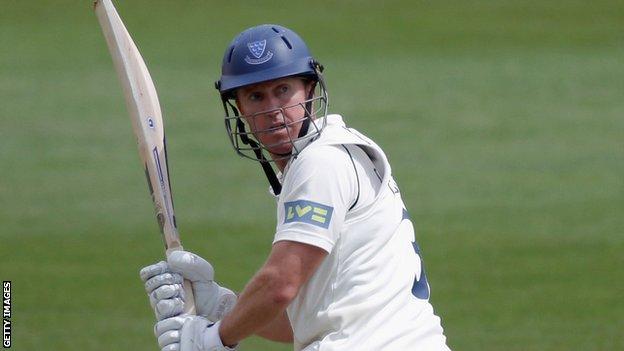 Will Bragg and Murray Goodwin halted a Glamorgan collapse on a rain-affected day three against Gloucestershire.

The adverse Cardiff weather saw play delayed until 14:30 BST, and the visitors added one to their overnight score of 230 for a lead of just 86.

After a short suspension in play with the hosts 27-0, Gareth Rees, Stewart Walters and Jacques Rudolph fell for just nine runs to leave them 36-3.

"It was a frustrating day because of the weather. Gloucestershire had the home side struggling on 36-3, still 50 runs adrift with James Fuller nabbing two wickets in three balls.

"Thanks to Murray Goodwin and Will Bragg, Glamorgan didn't lose any more.

"A pessimistic weather forecast threatens to decimate what could have been a tantalising final day."