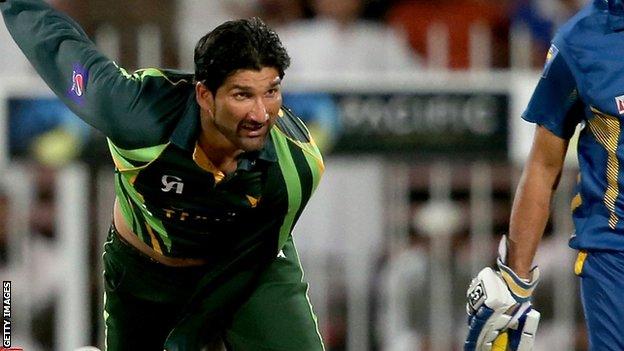 Northants will attempt to bring in Pakistan all-rounder Sohail Tanvir as their first overseas signing of the County Championship season.

Head coach David Ripley will aim to strengthen his squad in time to face Nottinghamshire on 11 May.

And the 29-year-old Tanvir, who has two Test appearances, is a target.

"He's on the list. We hope to get somebody in by the Notts game and have them for six Championship matches," Ripley told BBC Radio Northampton.

Deals to sign South Africa all-rounder Rory Kleinveldt and Australia seamer Jackson Bird fell through before the start of the season.

And Northants could only select from 12 players for this week's defeat by Yorkshire, with Alex Wakely, Graeme White, Rob Keogh, James Kettleborourgh, Ben Duckett and David Sales out injured, while David Willey is unable to bowl.

Tanvir, a left-arm seamer who played for Hampshire last year, made his two Test appearances against India in 2007, taking five wickets.

He is a regular in Pakistan's one-day side, contributing more with the ball than the bat, having played in 98 one-day and T20 internationals, taking 100 wickets.

Any new signing will not materialise before Sunday's game against Lancashire though, with Northants having drawn their first match against Division One champions Durham before Yorkshire's overwhelming victory by an innings and 120 runs.

"We worked very hard to get into the division and we were looking forward to playing the champions and coming to places like Headingley," said Ripley.

"But we've got to be realistic in how we view our performance. We weren't very good in this game.

"We were very good against Durham and we got what we deserved."