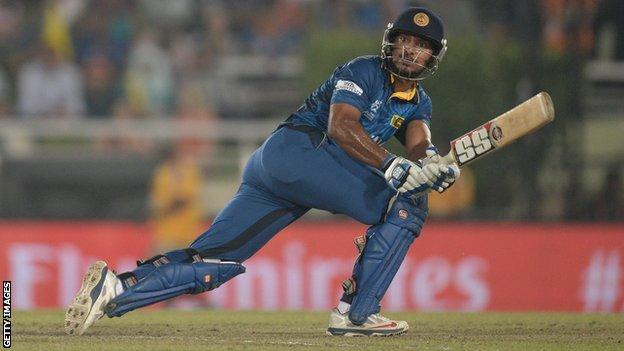 The 36-year-old joins the club on a short-term deal that will see him play County Championship matches against Yorkshire and Sussex.

Sangakkara, part of the side that earlier this month, has scored 11,151 runs in 122 Tests.

"To attract a player of his quality to Durham is fantastic. I'm sure he'll be an asset," said head coach Jon Lewis.

"I said that if we could pull off this signing it would be a big bonus and it is."

The left-hander last played in county cricket during the 2007 season when he turned out for Warwickshire.

He has also played 369 one-day internationals and 59 T20 games for Sri Lanka and after his two matches for Durham, he will join his national side for a limited-overs series against England.

"I actually made my debut for Warwickshire against Durham back in 2007. I scored a few runs that day, so I'm hoping to make amends this time around."