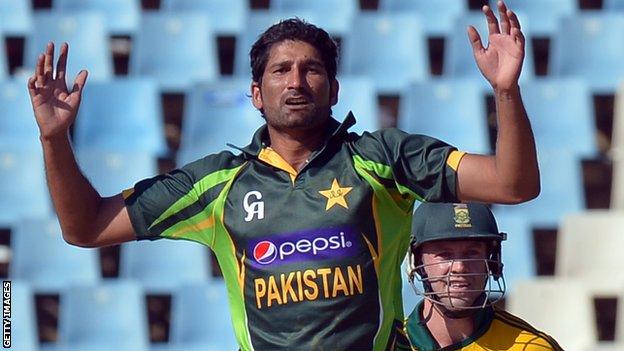 Northants' attempts to sign an overseas player have fallen through for the third time, with Pakistan's Sohail Tanvir no longer joining.

The 29-year-old seamer had been cleared to sign for the county, but has been called up to a Pakistan training camp.

Deals for Rory Kleinveldt and Jackson Bird have also collapsed this year.

Australia seamer Bird and South Africa all-rounder Kleinveldt were both poised to arrive at Wantage Road before injuries intervened.

It looked as though two-time Test cap of the year but, despite receiving a no objection certificate from the Pakistan Cricket Board, he has now been summoned for international duty.

"There's often first-base contact and a bit of chat - but to get signed contracts from three people and not have anyone pitch up is unusual and extremely disappointing," said Ripley.

"It would have been helpful to know this camp was going to take place.

"We got a no objection certificate from the Pakistan Cricket Board and three days later they announced he was in this training camp.

"It's very frustrating and we go back to the drawing board."

Northants are still looking for their first County Championship win since returning to Division One this year, after losing to Lancashire this week.

And with Olly Stone, Matt Spriegel and David Murphy all suffering hand injuries in the match, Ripley is still keen to bring in an overseas player.

"I'm still hoping we can get someone later in the season," he said.

"I'm conscious we have a heavy block of cricket from the middle of June that will stretch our resources."