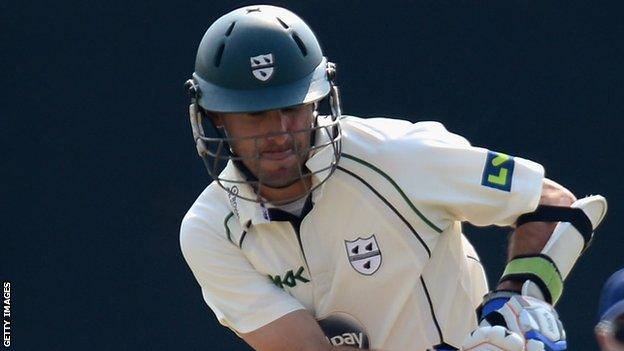 Worcestershire captain Daryl Mitchell struck a fine unbeaten century as the visitors fought back against Glamorgan.

Mitchell batted throughout the day to finish on 101 not out off 294 balls as his side reached 232-9 at stumps.

Graham Wagg and Dean Cosker both took four wickets while Alex Hales, who signed for the visitors on loan from Nottinghamshire last week, made 15.

Jack Shantry (28) was the main batsman to provide support to Mitchell as they shared the only fifty partnership.

The visiting skipper's hundred (his 16th first-class century) was his second in four matches this season following his unbeaten 172 against Hampshire in the opening match.

"Daryl Mitchell's innings can only be described as dogged, a real gutsy performance.

"Although he a described it as the least enjoyable hundred of his career, it was a model of concentration.

"Mark Wallace's decision to put Worcestershire in seemed a little unusual and, indeed, there was not much in the pitch all day, but several Worcestershire batsmen lacked Mitchell's adhesion and got themselves out playing injudicious shots.

"After being on 143-7 just after tea Worcestershire will be pretty pleased where they ended up. Will it it spin for Saeed Ajmal is the question?"