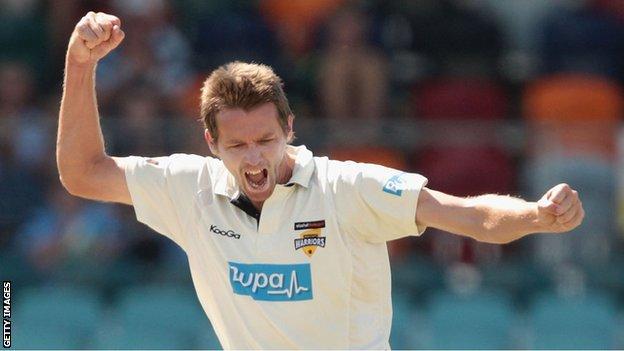 Glamorgan have signed Middlesex youngster Tom Helm on loan for a month as seam-bowling cover.

Helm, who turns 20 on 7 May, could make his debut in Sunday's County Championship Division Two match against Worcestershire in Cardiff.

Glamorgan are currently without fast bowler Michael Hogan who is in his native Australia on paternity leave.

Glamorgan seamers Will Owen and John Glover failed to get among the wickets in the last match against Leicestershire, while Huw Waters is still struggling with long-term injury problems.

Visitors Worcestershire have signed England Twenty20 international Alex Hales on loan from Nottinghamshire, where he is currently out of their Championship side, as cover for England batsman Moeen Ali.

The Welsh county have also announced the signing of former Surrey batsman Tom Lancefield, 23, on a one-year contract.