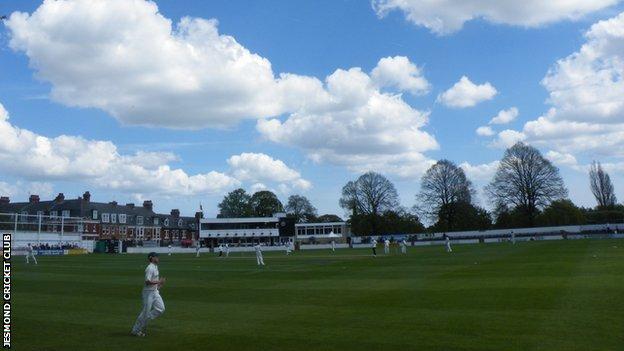 Shropshire suffered a wasted trip to the north east as their second Knockout Trophy group game against Northumberland was washed out without a ball being bowled in Newcastle.

Off to a good start

Shropshire now face a home game with Cheshire at Oswestry this Sunday.

Their final group game is against Cumberland at Cockermouth on 25 May.

He will now have to wait until Sunday's game at Morda Road against a Cheshire side who beat Cumberland in their opening group game.

The most frustrated of all Shropshire's players at Jesmond was skipper Richard Oliver, who had the longest wasted trip.

Oliver, who now plays his club cricket for Reigate Priory in the Surrey Premier League, had to fly from Heathrow to Newcastle on Saturday night, to ensure that he would be there in time for the game.