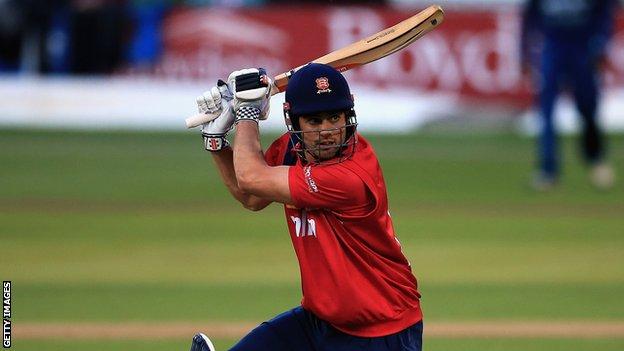 England captain Alastair Cook hit a half-century as Essex beat Sri Lanka by 22 runs via the Duckworth-Lewis method in a rain-affected match at Chelmsford.

Cook scored 71 runs off 49 balls and Ben Foakes added 51, although another England batsman, Ravi Bopara, was out without scoring as Essex reached 161-5.

The tourists play two further one-day games - against Kent on 16 May and Sussex on 18 May - before meeting England in the only Twenty20 international at The Oval on 20 May.

During their tour of England, Sri Lanka will also play five one-day internationals and two Test matches, the first of which begins on 12 June.