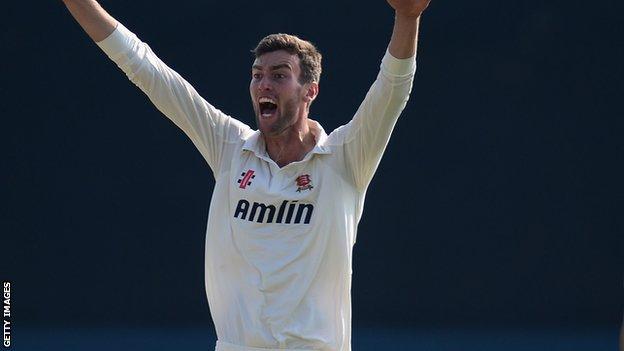 Essex seam bowler Reece Topley has signed a new contract with the club until the end of the 2015 season.

The 20-year-old has 93 first-class wickets, taking five in an innings on five occasions.

Already capped at England Lions level, the 6ft 7ins paceman made his return from a back injury in Tuesday's one-day win over Sri Lanka.

"I have been at the club since I was nine years old and continue to really enjoy my cricket," he said.

"First Division cricket is extremely important both to me and the club, and I hope I can assist Essex in gaining promotion and also winning one-day trophies."

Essex head coach said Paul Grayson added: "Reece Topley has shown over the last few seasons that he is becoming a very important player for us.

"He has the potential to be a top talent for both his club and country in the years to come if he continues to work hard to improve his game. "