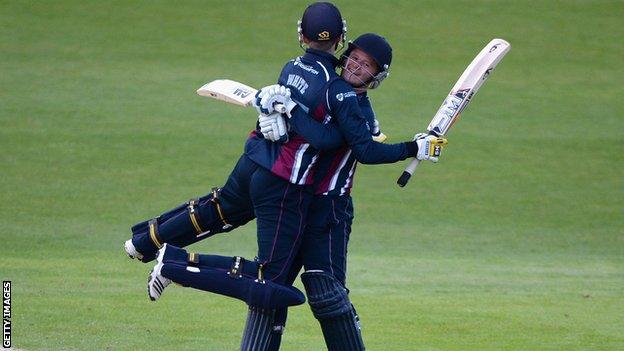 The wicketkeeper hit an unbeaten 39 from 29 balls as his side sealed the win on 165-7 with just one ball left.

The match looked to be Yorkshire's when Ryan Sidebottom ran out Matthew Spriegel to leave the visitors needing nine from the final four balls.

But Duckett smashed a huge maximum to change the game, before Graeme White's four ended proceedings.