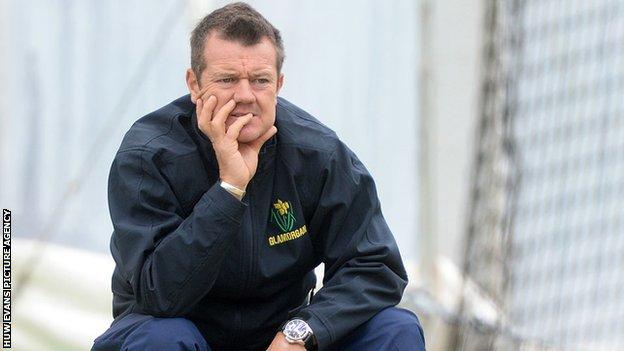 Former England bowler Simon Jones hopes Glamorgan use their County Championship experiences to get off to a good start in their Twenty20 campaign.

Glamorgan have fought back from losing positions several times this season and open their T20 Blast opener against Hampshire in Southampton on Friday.

"He's instilled this mental strength which may have been lacking in the last couple of years," Jones said.

On Wednesday Glamorgan suffered their first defeat of the season in County Championship Division Two to Friday's opponents Hampshire.

But despite that reverse, the Welsh County are third in Division Two after five matches played.

England 2005 Ashes hero Jones, who was released by Glamorgan in October, has been impressed by Radford's start at the Swalec Stadium.

"You look at the performances of the boys in the Championship this year.

"Hopefully they can transfer that into the Twenty20 campaign."