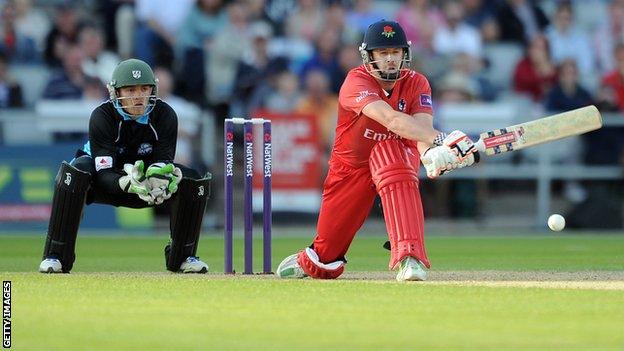 Tom Smith and Paul Horton hit half-centuries as Lancashire got their T20 Blast campaign up and running with victory over Worcestershire.

Worcestershire chased bravely as their batsmen all made starts.

But they lost wickets at regular intervals to slip behind the run rate and end on 182-5 to lose by 12 runs.

Overseas signing Colin Munro top scored with 39 for the Rapids, while Richard Oliver, who made his debut in Friday's defeat at Durham, weighed in with 34 and Alexei Kervezee 32 not out.

Lancashire have now won one and lost one of their opening two games following their defeat at Nottinghamshire.