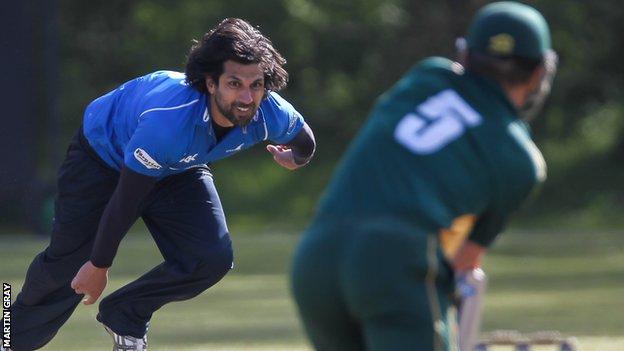 Guernsey lost both of their matches against Denmark in Sussex.

The island's cricket side were returning to action for the first time since being in March.

On Saturday Guernsey, who were chasing 215, recovered from being 24-5 at one point to lose by just 28 runs.

The following day Guernsey batted first and posted a much better score of 246 all out before the Danes chased down the total with six wickets in hand.

Zameed Khan hit 46 for the Danes as they posted 215 all out on Saturday, before former England and Sussex bowler Amjad Khan tore through the Guernsey side taking the first three wickets.

But Guernsey fought back as Jamie Nussbaumer hit 50 and Ollie Newey got 38 as Guernsey got close before Nussbaumer fell in the 46th over.

Without having to face Amjad Khan on Sunday Guernsey's batsmen performed much better, as Jeremy Frith hit 63 and Ollie Nightingale got 53 as the Sarnians were bowled out for 246 with two balls to spare.

But once again Zameed Khan was Denmark's star with the bat, registering 104 not out from 111 balls as he helped his side reach their target off 42.2 overs as Nussbaumer took two wickets for 23.