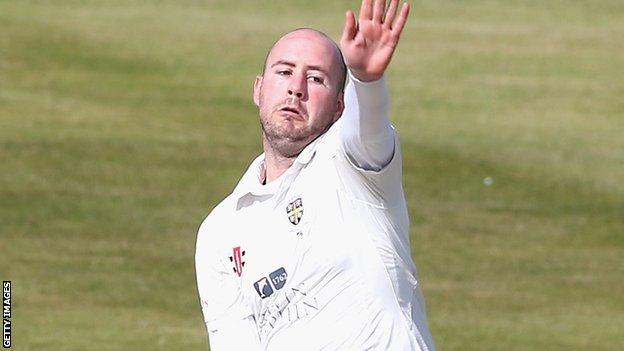 Durham seamer Chris Rushworth has signed a contract extension until 2017.

The 27-year-old has spent his entire career at Chester-le-Street, and his was due to expire at the end of this summer.

"Chris has been an integral part of the team for a few years. It's good to plan for the future with senior players like him around," said head coach Jon Lewis.