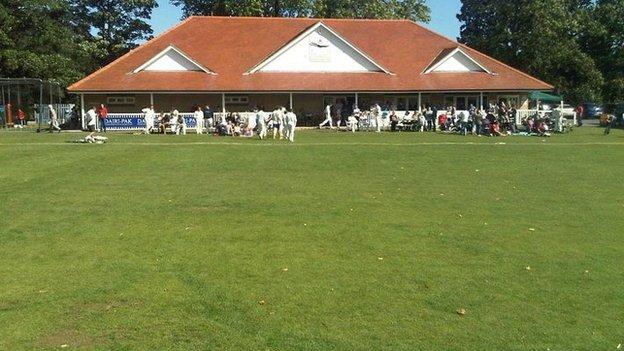 Shropshire must beat Cumberland this weekend if they are to qualify for the quarter-finals of the Knockout Trophy after suffering a heavy home defeat by Cheshire at Oswestry.

Last year's beaten finalists lost by 127 runs at Morda Road as Cheshire piled up 312-7, thanks to centuries from Warren Goodwin and Rick Moore.

But Shropshire were bowled out well short for just 185 inside 40 overs.

Shrewsbury opener Foster made 68, supported by Whitchurch all-rounder Omar, who hit 57 from 73 deliveries.

But the home side were always on the back foot after a second-wicket partnership of 161 between Goodwin, who went on to finish unbeaten on 120, and Moore (106).

Cheshire paceman Nick Anderson quickly removed skipper Richard Oliver cheaply in the third over, and his dismissal was followed by the loss of highly-rated teenager Joe Clarke, on his home ground, and Tom Cox, both for ducks.

Shropshire, rained off against Northumberland at Jesmond last Sunday, won their first Group Three game against Lincolnshire at Shrewsbury a fortnight ago, thanks to a superb 148 from Oliver.

The Salop skipper had already made his mark earlier that week with a century in a trial game for Worcestershire's Second XI.

And his good form earned him a call-up to the Worcestershire squad for their opening two T20 Blast matches against Durham at Chester-le-Street and Lancashire in Manchester.

He responded well, making 43 against Durham on Friday evening, followed by 34 against Lancashire on Saturday night. But, despite plundering three fours in the first two overs at Morda Road, his frantic schedule finally caught up with him as he was caught behind for 17.

Before this Sunday's trip to Cockermouth, Shropshire are back in action at home to Warwickshire (or the Birmingham Bears, as they will be named in this summer's T20 Blast) at Bridgnorth on Wednesday (17:30 BST).