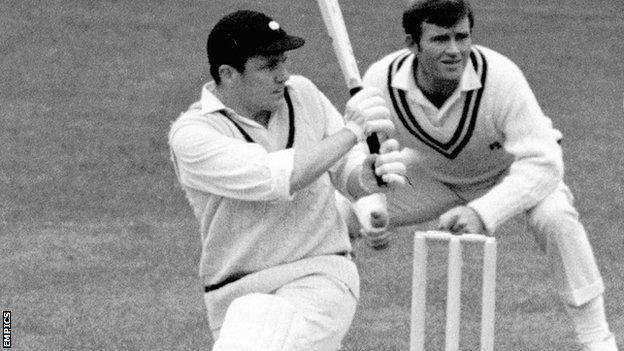 Former Yorkshire and England batsman Philip Sharpe has died at the age of 77 following a short illness.

Sharpe played 493 first-class matches for the Headingley side and Derbyshire, scoring 22,530 runs and winning seven County Championships with Yorkshire between 1959 and 1968.

Sharpe, who was renowned for his slip catching abilities, had a spell as England selector after retiring.

Yorkshire president Dickie Bird said: "I grew up with Philip in the nets at Yorkshire. We both came through the Yorkshire system at the same time.

"He was one of the best slip fielders I ever saw. He would be ranked amongst the very best alongside the likes of Mark Waugh, Bobby Simpson, Ian Botham and Ian Chappell.

"Philip was also a pugnacious batsman, who was very strong off his back foot. His trademark shot was punching the ball through mid-wicket. He picked up the length of the ball very quickly.

"In my opinion he should have played more times for England. His batting record at Test level was fantastic. Averaging over 46 is a big achievement in the international arena."