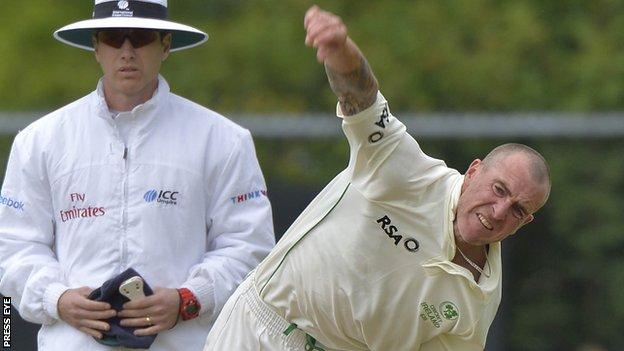 Leinster Lightning survived a late fightback from North West Warriors to secure a four-wicket victory in the three-day inter-provincial at Bready.

North West went into the final day on 20-5, needing 24 runs to avoid the follow-on with five wickets remaining.

Leinster replied with 65-6 off 23 overs to get over the line, with Ben Ackland their best batsman with 19.

Mooney finished the match in style with a pull shot for four as his side began the defence of their crown with a victory.

Ernest Kemm finished with bowling figures of 3-15 and Andy McBrine 2-22.

Leinster had manoeuvred themselves into a winning position on a dramatic second day of the match at Magheramason.

In response to the Warriors' opening 176 all out, Leinster scored 220 all out and reduced the North West side to 20-5 after 13.1 overs by close of play.

A final wicket stand of 93 by Fintan McAllister (48 not out) and Ireland player Max Sorensen (42) then put Leinster in control.

Opening bowler Craig Young emerged from that innings with figures of 5-37.