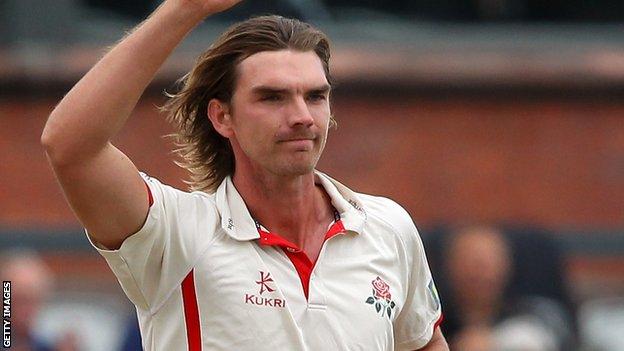 Essex may sign a bowler on loan after Oliver Newby's spell from Lancashire was cut short by a hamstring injury.

They face Glamorgan in the T20 Blast on Friday before a County Championship match against Surrey on Sunday.

"We only have a couple of fit bowlers. It may be a case of getting somebody in on loan for the weekend," head coach Paul Grayson told BBC Essex.

"It's all hands to the pump for the physio at the moment."

Newby, who took three first-class wickets at an average of 59.66 for Essex, will head back to Lancashire a week earlier than planned.

Masters is expected to be out for another two or three weeks with a quad problem, while Topley is still building up his back strength after a stress fracture.

Mills has been suffering with a side strain and Napier, who played in this week's Championship defeat by Worcestershire, has a groin complaint.

Grayson has fewer injury worries among his batsman, but will have major concerns over their form.

Essex have particularly struggled in the first innings scores, posting 203 against Worcestershire, giving them an average of 238 in the Championship so far this season.

"It's hugely disappointing. It's a common theme to our batting for a long time now - we don't get enough runs first innings," said Grayson.