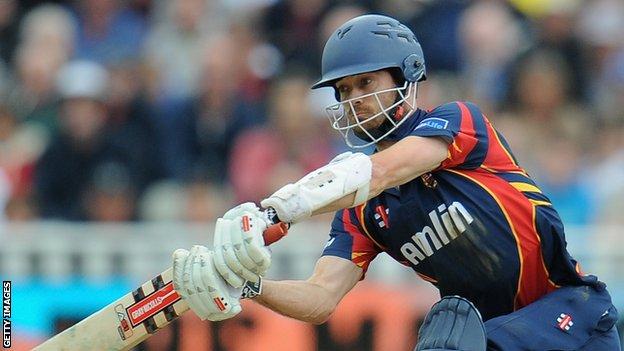 James Foster smashed 24 in one over as Essex chased 190 to beat Glamorgan by four wickets at Chelmsford.

The Essex keeper hit five straight boundaries off Jim Allenby to turn the game after Jesse Ryder (30) and Tom Westley (48) had set a platform.

Foster fell for 32 but Ben Foakes hit an assured 46 and Greg Smith blasted 25 not out, including the winning six.

Foster's brutal hitting in the 15th over, which comprised of three fours and two sixes, meant that Essex only needed 33 from the final five overs.

Michael Hogan then took two wickets, including that of Foster, to give Glamorgan some hope but all-rounder Smith saw the Eagles home.