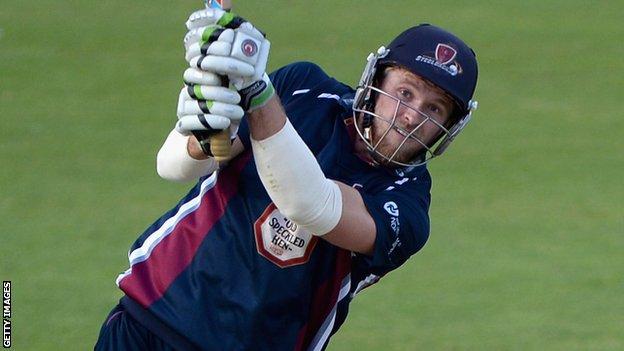 Chasing 177 to win in a rain-reduced game of 18 overs each, Willey struck six sixes before falling to Anthony Ireland five short of a deserved ton.

After Willey's dismissal, wickets tumbled, but Graeme White hit 11 off four balls to see his side home.

The quality of the innings from all-rounder Willey, who is unable to bowl at the moment because of injury, was highlighted by the fact that no other batsman in the Steelbacks line-up passed 20.

The win for last year's champions, sealed with just two balls left, was their second nail-biting victory in consecutive matches following last week's win over Yorkshire with just one ball to spare.